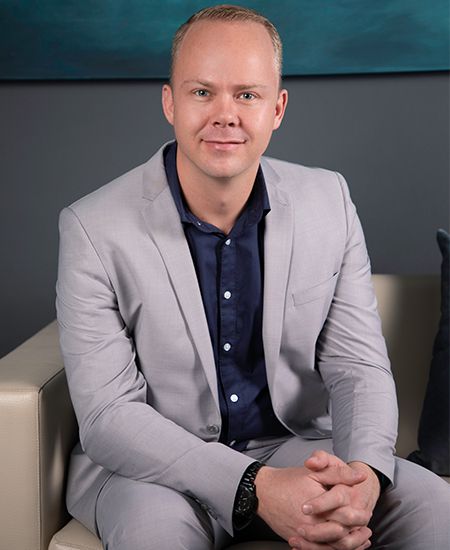 Since he can remember, Dr Burt had a very keen interest in health and medicine. While still at school he was influenced & taught by one of his significant mentors in his hometown in Nigel who was a pharmacist and Homeopath. It was there that his love for disease prevention was born. After not being able to pursue his passion for medicine directly after school, Dr Burt decided to go and study a B.Comm degree in Hotel & Tourism Management at the University of Pretoria. He always had a keen interest in food & wine, and it was here that he decided to pursue this passion for this instead. He finished his degree in 1998 but soon realised that his true calling was still medicine and he started to apply for medicine from scratch.

It took him more than a year to be successful, and during the course of 1999, he did various post-graduate diplomas at the University of the North West (then called Potchefstroom University) in Business & Financial Management. Dr Burt eventually started his studies in medicine in 2000 at the Medical University of South Africa (MEDUNSA) in Pretoria and finished in 2005. He did his Internship and community service at the Pretoria Academic Hospital and Tshwane District Hospital. It was here that he developed a surgical interest in the field of Ophthalmology (Eye surgery), pursuing this field for over 4 years.

With the guidance and support of Professor Paul Roux, he managed to start a fully-functional multi-million rand Eye Clinic at the Tshwane District Hospital, which is still functional today and serves as a feeding clinic for the tertiary Pretoria Academic Hospital.
Despite these successes and opportunities he still felt that something was lacking. He always managed to practice the reactive and symptomatic side of medicine so well, but it was the preventative side that was lacking for him.

Dr Burt moved to Johannesburg in 2010 and was introduced to an Integrative Doctor, who guided and mentored him in the study and practice of Integrative and Aesthetic Medicine, and he never looked back. In 2013 Dr Burt joined a prominent Aesthetic company in SA, where he introduced and started a completely new Integrative component which grew to become extremely successful.

Our patient login area is currently under construction. Watch this space!